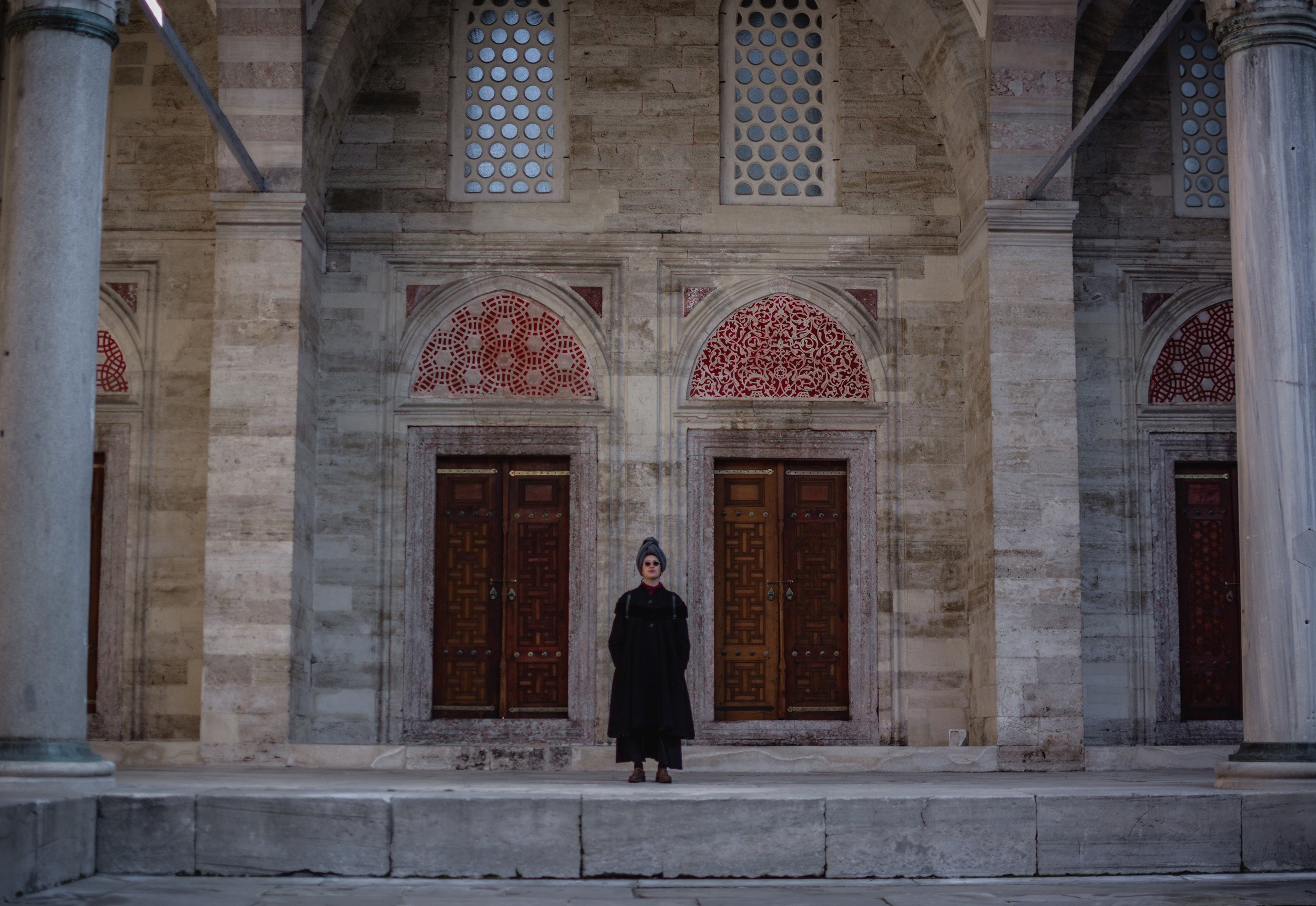 Artist and researcher, she graduated from the Department of Visual Arts at the Academy of Brera (Milan) in Painting with Alberto Garutti, specialized in a master’s thesis in art psychology with maestro Roberto Galeotti and with a Masters in Sociology at La Sapienza in Rome. During her artistic research she arrived in Istanbul where she attended the traditional weaving of Persian carpets and the experimental fibre art courses at Mimar Sinan. It is here that she began his journey of specialization in the use of fabrics and waste materials as privileged materials of her pictorial expression. Influenced by the stimuli and the artistic environment of the city of Istanbul, at the same time she deepens not only her pictorial language, but also her performance language (which will give life to a series of performances in the city of Istanbul, including one which was brutally censored) and also her purely linguistic language and sound that will culminate in an unpublished writing and in a series of audio readings over waltz music. For years she has been conducting artistic research in conjunction with her psychological and social research, published and presented in various contexts of national research (AIP social psychology), and international (IAEA Congress) which aims to promote the union between artistic research and social sciences with particular attention to the pedagogical aspect of artistic and intellectual exercise. Inspired by the pioneering studies of Ernesto De Martino, and influenced by Theodor Adorno’s sociological and philosophical theories, she has led and conducted various socio-psychological and ethno-visual investigations with a focus on authoritarianism, conformism and creativity. Since 2014 she is a member of the International Association of Empirical Aesthetics. In recent years she has had the opportunity to present her research at Trinity College in Manhattan, at the University of Vienna, for the University of Houston in Valencia (at the International Conference of Neuroscience of Art). She has also given lectures and seminars on her work at the philosophy department of the University of Macerata, at the Brera Academy in Milan, at the University of Castel Sant’Angelo in Rome and at the Pontaniana Academy in Naples. The aesthetics proposed by the work of Antignani has roots in the study of Baroque aesthetics and its degeneration, in themes such as decentralization, and tinsel.  The politics of waste and the valorisation of that which has been outcast is a foundation as well as in her work, in her sociological research, as if to testify the fact that in art, theory and practice coincide perfectly.

The selection of works proposed here may perhaps make explicit many of the salient features of Antignani’s work as a whole. From the use of waste as the main material, with its references to the politics of waste, to the technique of assembly and mounting, understood as a process of historical revisionism. The aesthetics proposed by this artist is strongly characterized and deeply tied to a culture of belonging, to a place such as the South of Italy. A place which is not seen as limiting, but inspiring a precious and strong sense of individuality, never closed in its ethnocentrism. From the tapestries that remind of the religious processions, to the banners of the saints with their scenographic dimensions, to the very precious designs full of decorum and abundance in which the scotch tape aims to replace the gold, the work of Antignani aims at completeness, always sought out anxiously and to the opening of a universe made of tragic irony and obscene sacredness.